Board of Directors of Our Bank

Board of Directors of Our Bank 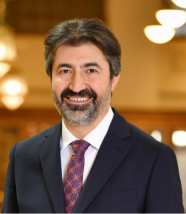 Alpaslan ÇAKAR – Chairman of the Board 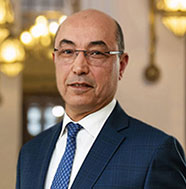 Fikrettin AKSU – Vice Chairman of the Board of Directors

He graduated from Eskişehir Academy of Economic and Commercial Sciences, Kütahya School of Management, Department of Business Administration in 1979. After working in various institutions between 1980 and 1984, he started working at T.C. Ziraat Bankası A.Ş. in 1984. Aksu worked as General Manager of Ziraat Hayat Emeklilik A.Ş. and Ziraat Sigorta A.Ş. and as General Manager of Ziraat Yatırım Menkul Değerler A.Ş. after working in various positions at the Bank between 1984 and 2014, and he served as the Head of Human Resources Group between October 2018-December 2019. He served as the Head of the Internal Operations Group between December 2019 and August 2020. He has been serving as the Vice Chairman of the Board of Directors of Ziraat Katılım, Audit Committee and as the member of the Corporate Governance Committee of our Bank since 19.06.2020. 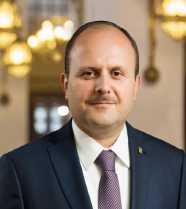 He graduated from İstanbul University, Faculty of Business Administration in 1990. Metin Özdemir started his professional life at Kuveyt-Türk Finans Kurumu A.Ş. in 1992 and continued his career as a manager in the retail sector since 1996. Özdemir was on duty as a Member of İstanbul Metropolitan Municipality Council between 2004-2014. From April 2012 to May 27, 2019, he served as the Member of the Board of Directors, Member of Remuneration Committee and associate member of Credit Committee at Ziraat Bankası. Özdemir, who has been a member of Ziraat Katılım Bankası Board of Directors since February 18th, 2015, was appointed as the General Manager of Ziraat Katılım Bankası A.Ş. on June 12th, 2017. Özdemir, who was on duty in Board of Directors and the Remuneration Committee of our Bank, has also been serving as the Chairman of the Credit Committee since July 25th, 2017. He also serves as the President of Banks Association of Turkey and as the Chairman of the Board of Directors of ADFIMI. 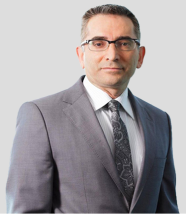 He graduated from Anadolu University, Faculty of Economics and Administrative Sciences in 1983. He started his banking career as an Inspector at Pamukbank Board of Inspectors in 1985 and worked as a manager at commercial-corporate branches. Having started working at Halk Bankası in 2002, Aksel worked as Regional Coordinator, Head of Corporate and Commercial Marketing Department, Deputy General Manager for Corporate Marketing and Deputy General Manager for SME Banking until October 2015. In addition, he served as the Chairman of the Board of Directors of Halk Faktoring A.Ş., one of the subsidiaries of Halkbank, upon its establishment, as the Board Member of Halk Leasing A.Ş. and as the Board Member of Halk Sigorta. Since 2016, he has been working on efficiency analysis of business processes at home and abroad for companies on commercial and SME scale, profitability increase, project feasibility and implementation of business development models. Aksel, who has been serving as a Board Member of Ziraat Katılım as of 19.06.2020, is also a Member of the Credit Committee and the Remuneration Committee. 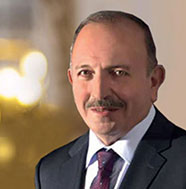 He was born in Kayseri in 1955. He graduated from Ankara University, Faculty of Political Science, Department of Economy and Finance in 1980. He started working at T.C. Ziraat Bankası A.Ş. in 1982. From 1982 to 2014, he served as Assistant Inspector, Inspector, Deputy Manager for Agricultural Credits, Head of Intelligence Department, Branch Manager and Regional Manager. Between 2014 -2018, he served as the General Manager and Chairman of the Board of Directors of the Development Bank of Turkey. Buçukoğlu, who has been serving as a Board Member of Ziraat Katılım as of 19.06.2020, is also a Member of the Audit Committee and a Member of Credit Committee. 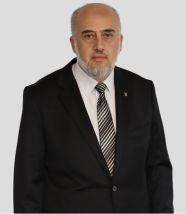 He was born in 1966 in Artvin. Earned his bachelor’s degree in Public Administration from the Faculty of Political Sciences at Istanbul University in 1988. After working in various organizations and corporations between 1988-1991, he started his career at the Funding Directorate in Albaraka Türk Katılım Bankası A.Ş. After serving in various positions in the units of General Directorate of Albaraka Türk Katılım Bank between 1995-2004, he worked as the Branch Manager between 2008-2019. Serving as Board Member Ziraat Katılım Bank as of 25.03.2022, Mr. Başıbüyük is also a Member of Credit Committee and Corporate Governance Committee.